The Water Bikes or nautical bicycles triumph as outdoor activity for groups and companies.

In all seasons we find an water activity that generates more expectation than the rest and on this occasion these nautical bicycles have become trendsetter.

The Water Bikes are designed to make excursions, routes or competitions in an easy and safe way thanks to their miniatamaran format that gives them maximum stability and great buoyancy, being able to carry up to two people per nautical bicycle.

How do Water Bikes work?

Ingenuity has once again made the difference in water sports, transforming land vehicles into boats that sail seas all over the world. We have examples with jet skis, snowboards and even buses that cross the seas…

The operation of these nautical bicycles is even simpler than riding a conventional bicycle because you don’t even have to keep your balance, thanks to being built like a catamaran. The rest is almost identical to a bike ride. It consists of a carbon-aluminium frame with a saddle, handlebars and a pedalling system similar to that of a bicycle on land. Its big difference is that with pedaling, instead of moving a wheel, you turn a high-performance propeller that allows you to navigate the water at a speed of up to 10 knots, about 16 kilometers per hour.

To turn, like on a bicycle, just move the handlebars to port (left) or starboard (right) and the water bike will go that way.

And how do these nautical bicycles brake?

Braking with Water Bikes is very simple. You just have to pedal backwards so that the propeller that is attached to the propulsion system turns backwards. In this way, the nautical bicycle slows down until it stops, even reverses.

What kind of nautical events can be organized with nautical bicycles?

With Water Bikes you can organize both events where fun is the main objective and team building events.

For nautical incentives the most interesting proposals is to make a coastal crossing of the destination of the event, being able to navigate without restrictions inside natural reserves, or to use as a nautical activity complementary to the celebration of our Sea Parties on board of catamarans, schooners or yachts.

As a teamwork activity, we organize races in a closed circuit of buoys or directly doing a timed coastal route. This same concept can be done as a team race, making the changes from accompanying boats. An event that became very popular since King Albert of Monaco tested it in a promotional event.

How many Water Bikes do we have?

For this 2019 season we have up to 40 nautical bicycles in Spain that we can move around the Mediterranean, and that allow us to hold events of up to 120 people.

If you are interested in organizing an event with the Water Bikes, inside or outside Europe, do not hesitate to ask us. 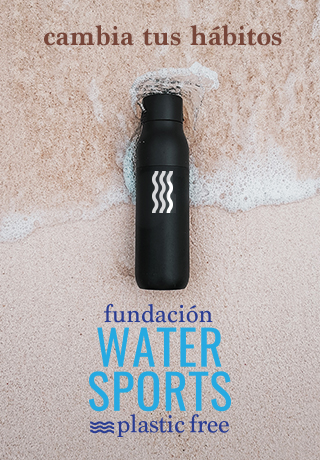 IN COLLABORATION WITH (WATER SPORTS)